Voting allows U.S citizens to choose the leaders and representatives who will do things that are important to them. It also allows citizens to voice their opinion and choice on public issues. The Constitution of the United States was written to establish government and guarantee basic rights to its citizens. The right to vote is one of those included in the Constitution as the 15th Amendment.l Using the right to vote is important because it wasn’t always granted for all citizens, women and minorities struggled with a long and difficult fight to be able to vote so its vital that we exercise our right. 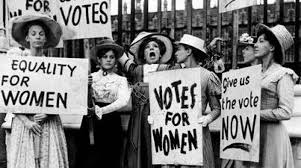 Why was it important for the 2018 midterm elections?

The midterm elections solidify what our President can/can’t do. If the congress majority is Republican that grants the President more power. The checks and balances system were put in place with urgency, the Democrats needed majority votes to gain house control back. An article in the New Yorker written by George Packer stated that

“The disappearing Democratic voter also had an effect on the latest Presidential election, when, for example, African-American turnout dropped almost five per cent from 2012—a crucial difference in the three key states that gave Trump the Electoral College.”

The article also goes on to discuss how almost half of the states have created laws to make voting harder by making rules about early voting, stricter I.d requirements, mandatory proof of citizenship, and purges of voting polls(Packer, 2018). Packer says that

“The purpose of these laws is not to fight a mythical epidemic of fraud but to depress turnout of normally Democratic constituencies. They show incremental signs of success: a government study found that new laws reduced turnout in 2012 in Kansas and Tennessee by two or three per cent, notably among young and black voters”

How can we make a change?