In keeping with my theme about economical issues that affect myself and my fellow classmates, among countless others, I want to discuss in further detail the issue of the inequality gap.

Last time I discussed that the raising of the minimum wage to $15/hour will not bridge the inequality gap, but may cause it to widen.  It is still my stance that this is not the solution.  Now I want to address the problem itself.

“The development charity Oxfam has called for action to tackle the growing gap between rich and poor as it launched a new report showing that 42 people hold as much wealth as the 3.7 billion who make up the poorest half of the world’s population.”

Not only that, 82% of the global wealth generated last year went to the wealthiest 1%.

To put this even more into perspective, 8 billionaires currently hold the same wealth as the poorest half of the world’s population.

Some will argue that free markets have helped over 100 million people rise out of poverty in the last year, and while this may be true, when we are talking globally, and this still is not enough.

We need to do more, and we need to urge our governments to address this income gap.

OXFAM: “The power of people against poverty.”  Please go to https://www.oxfam.org to read more about the cause and the efforts to end inequality.

I talked to you all about my good friend who has a master’s degree and makes $15/hour working for a major school district and barely gets by with a small studio apartment in St. Paul for a grand a month.

Currently, there are a lot of arguments for raising the minimum wage to $15/hour- the same wage that my friend with a master’s degree is making.  No offense to fast food workers, we all start somewhere, but is it fair that she is paying off a slew of student loans and making the same hourly rate as Joe Blow working at the McD’s drive-thru?

At first, I thought it sounded like a good thing, but I read a lot and heard a lot of what both sides were saying and I formed an opinion of my own.

Sure, social Media tags such as: #raisethewage and #handsoff are catchy, but do people really understand what they stand for and what’s at stake?  I will say, they have done a great job of using these tags to market their cause.  In fact, I had a hard time finding hash tags and linked social media for the opposition.  Like Scott says in our text, many news releases now provide a way to include social media tags to make it easier to locate content, so use them! (ch. 18, p. 326).

There are plenty of news releases offering data and predictions from economists and scholars, but we need to get the word out on social media platforms as well, in order to reach those who aren’t Googling scholarly articles on the subject.  People need to be educated at both ends of this issue, and they need to be informed of the repercussions of the wage hike.

Raising the minimum wage to $15/hour will only push for inflation and cause the cost of living to increase and it will be even more difficult to find affordable housing.  It will also negatively impact small businesses and the job market.

This domino effect will only further the gap between the poverty line and the 1%, and eventually, the working class will be eliminated.

Our World to Save

Nobody is perfect and as a population we sure haven’t been making the smartest decisions that we could.  A major issue we have found ourselves in is a planet full of waste. Recycling is an easy and effective solution to keep our planet healthy for future generations. If you create waste then you should learn about recycling.

A single person choosing to recycle does make a difference. An average person could save 1,100 pounds of waste in a year by caring enough to recycle. If 15 people can be reached from this blog and make the switch we are saving 16,500 pounds of waste from sitting in a landfill and harming the environment with toxins. We could be saving natural resources that support wildlife and conserving energy for new materials to be made. When producing aluminum companies can save 95% of energy! It has the potential to save millions for businesses and can then help boost the economy. More job opportunities can be created if the trend continues to grow. Please be aware and take action in recycling.

Items not recycled can and do also end up in the ocean. This can be catastrophic for animals who become trapped or confuse our waste as food. There’s no excuse for not being responsible with our trash besides the convenience of being extra lazy.

Right now is the time to start practicing healthy habits such as recycling so generations following us grow up taking care of their planet without even thinking about it. Just as we want our kids to put their seat belts on automatically to potentially save their lives, we should want them to automatically take care of their world with simple practices.

I am trying to take the approach of mass self-communication by myself choosing the channel of blogging to send my message of recycling in hope that the message will spread. There are a lot of environmentalist around because it is such a vital part of living in the world we do and it could potentially reach multiplicity of receivers. As Castells discusses in Networks of Outrage Opening, it could just be “connecting to endless networks that transmit digitized information around the neighborhood or around the world”. I am using a horizontal network of communication by starting with my classmates and then who they decide to share with. No person is having more power than another. 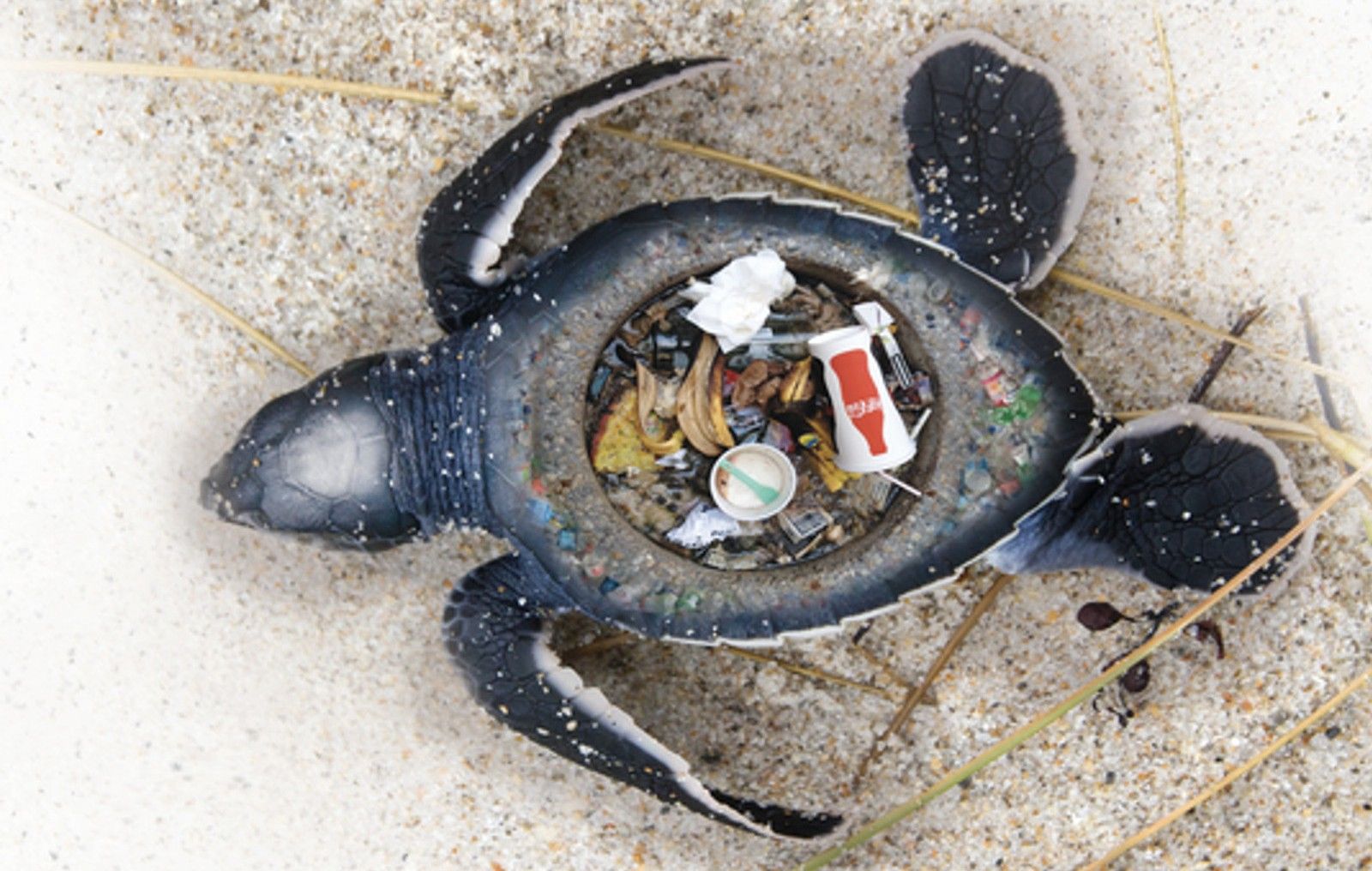 The Common Market for Eastern and Southern Africa may be completely unknown to the readers of this blog but it is a fascinating, yet grossly underreported, economic union of 19 ( nineteen) African nations that predated the EU, Nafta and other economic, intranational partnerships.

It is  very simple agreement with a revolving leadership, a court for disputes between companies and does not require a non-native company nor any of its human components to need citizenship to enter and flourish.

It welcomes the outsider, the outlier, and the members of any and all peaceful outgroups.

Although they drive on the left side of the road and have their steering wheels on the right side of the dashboard, that would be the extent of British remnants within the former colonies in Comesa. They do have tight reigns on citizenship with no skipping the line, a soundly majority Christian culture separated from the State, but they allow anyone from anywhere to come for work and a better life.

As with Tunisians and Zimbabweans letting their “democratic” dictators go to a life of retirement “exile” in Saudi Arabia,  these nations allow all member nations ( including the Democratic Republic of the Congo and others much-maligned for civil rights abuses, election fraud, torture, etc.) to take their turn in the council leadership with hidden agenda to investigate or entrap.

Currently, the CEO of the Comesa Council is Sandra Uwera ( a Rwandan woman) and the head of the Business Council is Gallina Tembo ( also female, but never asked her native nationality). Consider, also, Pacra ( the Business Registration Office) had six of eight registration officer positions held by women.

All this is so little known and reported on (outside of Al Jazeera), maybe this’ll spark a Google or Wikipedia search…….

Simon Mainwaring’s “We First”, or at least the Prologue and Chapter 1, is an interesting look at the contemporary impact of capitalism on society. Mainwaring makes comparisons to the Great Depression of the 1930s to the Great Recession of the late-2000s: “It almost seems as if history is repeating itself.” (Mainwaring, pp. 7).

Throughout the chapter, Mainwaring poses several questions to the reader, and then presents statistics and anecdotes to imply the notion that it is up to corporate leaders and us to evolve into more ethical and socially beneficial practices that would contribute to the common good.

However, I feel as though the questions and ideas he raises are off target. Some of the questions he asks are: “Does capitalism need repair?”, “If we are to be honest and responsible citizens who accept the stewardship of our nations and this planet, how can we not recognize that this engine is in need of a serious overhaul?”, and “Can we change capitalism to repair these problems and avoid the possibility of another recession or depression?”

The reason I say that they question are off the mark is because these questions assume that the power to alter capitalism impact is in our hands, and that it is not too late to alter the course of capitalism. I would argue that it is too late and that we are powerless to the wealthiest people and companies on this planet.

We First capitalism is defined by Mainwaring as capitalism but with corporations, businesses, consumers, and citizens working for the greater good. This is an idealistic view of humanity, and unfortunately, reality is not idealistic.

I would like to pose my own questions to Mr. Mainwaring. For example, if we are to believe that the president of the United States is the most powerful person in the country, how much influence does the position hold when the president makes about $400,000 a year and the wealthy in America are making hundreds of millions a year? Very little. 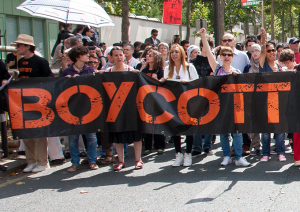 Case in point: What happened during the bailout of the banks following the Great Recession when then-President Obama told the banker that he would withhold the funds until the bankers agreed to not take exorbitant bonuses? The bankers told Obama where to go, he released the funds, the bankers still got their bonuses after destroying the economy, and they now hold positions in the government or are continuing to do more of the same.

How about on even a more basic level? Could we, consumers, make a company change its practices by boycotting it? Freakonomics Radio did a long-form episode that delves into the topic and the findings were that boycotts do not work. Even in situation with overwhelming social pressure, boycotts still don’t work.

In the end, I am optimistic and I hope that my assumptions about capitalism and humanity are wrong.