On April 28th, 2016 The Washington Times posted an article on their website entitled “Gay Census a mixed bag for LGBT people”.

First of all, in regard to the title, I take issue with the differentiation between gay people and frankly… people. It is easy to differentiate ourselves based on labels and while fighting for a cause, one can also easily envelop themselves in that differentiation. This is an inherent flaw in our (English) lingual system. This discussion on labels, however, is for another post, on another day.

The first sentence of this post reads: “Lawmakers want the U.S. Census Bureau to start counting gay people — but not all gay people are convinced they want to be counted”.

Why might that be? Perhaps history tells us that this is dangerous territory. Predominantly White led America has historically and continues to segregate Aboriginal Tribes people for their land and other resources; during World War Two America placed over 127 thousand people of Japanese descent into internment camps; after kidnapping them from their homes in Africa, taking them across the world to unknown land, and enslaving them for years, America proceeded to develop a transit infrastructure system that was and is racially segregating America. These are only a few of the blatant segregating acts of the U.S. government.

All this is to say, that these fears of registering as gay, are founded!

What assurances do people have that this won’t happen to them?

I further take issue with current policy of the census. What business does the census bureau have knowing what your genitalia is? I personally don’t think what you have in your pants is any of their business. But, the government wants to take it a step further. They also wish to know what genitalia you prefer. This is an issue of rights to privacy.

On the one hand, I think that America is obsessive in its over sexualization of nudity. On the other hand, it is also each person’s right to choose who knows about their genitals.

This movement is being “touted … as a way to address more effectively the needs of the LGBT community” by proponents. While I can see ways that this could benefit the public, I also recognize that once people give this information up they lose all control over how it is used. In the era we live with widespread concerns over data privacy and constant attack of those systems, anyone with Malevolent intentions could access those data. This poses a concern for all Americans.

Another valid point is that, those who come out as LGB and/or T are a self-selecting group. Many people simply will not come out, even in the face of a government mandate. Expecting them to do so is not only inconsiderate and unfair, it’s flat foolish and ignorant.

This article did mention some possible positive outcomes that could come of this in the forms of legitimization and inclusion. While important, it seems that the overarching issues of government meddling; propensity for inaccuracy in the data; and security risks shadow any potential benefits and do not create a justified foundation for this movement. 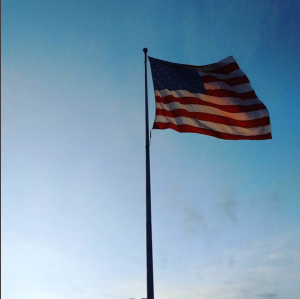 What do you think?
Tell me in the comment section below.