I don’t know about you, but this little ditty was stuck in my head for weeks after Nick Jonas hosted Saturday Night Live on February 27th.

In case you missed it, female members of the SNL cast took some time on the episode to make fun of the growing popularity of true crime documentaries, especially with women. Although there is a comedic spin in just about everything SNL puts out there, do you know the dark reason behind women’s love for true crime and murder documentaries?

I’ll tell you, but first I would like to post a trigger warning. This blog post contains information about sensitive topics; nothing in-depth or detailed will be shared, but I want to give you all a warning that you are to proceed reading at your own risk.

The truth is, the reason most women find true crime and murder documentaries so interesting is due to their own personal past experiences, specifically with situations of abuse.

Sara Burton writes about this in her article Ted Bundy, True Crime, and Why Women Obsess Over Serial Killers. In the article, Burton discusses a book written by Sheila Isenberg titled Women Who Love Men Who Kill.  The book itself is a nonfiction piece about the women who fall in love with convicted killers. In the book, Isenberg states that many of these women had lives, jobs, and families, but they would willingly throw it all away to be in a relationship with a convicted killer. There was almost nothing in common between these women, except for the fact that they had all been abused in their past.

And, dare I say it, the psychology behind the attraction these women had towards convicted killers actually makes a lot of sense.

According to Isenberg, the reason these women begin and maintain relationships with these convicts is because it finally allows them to be in control of the relationship. Being stuck in prison meant that these men had to be reliant on the women in their lives and therefore they could not take advantage of them. It’s a reclaiming of power in the relationship for these women, and it’s probably the first time many of them have felt this way.

Lack of power is also nothing new for women as we have been outspoken and taken advantage of since the beginning of recorded history. Statistics show that one in four women in the United States has been a victim of some form of abuse from their partner. I want to note, that’s just partners: not strangers, not family members, and not people of authority. If we take into account all aspects of abuse,  there is no woman on Earth who can say they’ve been unaffected by this nightmare.

And so enters true crime into mass media: Documentaries, podcasts, interviews, live-streamed court rulings, and even movies loosely based on the real-life murders of some of these people literally flood mainstream media.

It doesn’t take much for one to realize that the popularity of this genre is growing as a result of the horrible societal trend of women being abused. However, manipulating the problems of society for entertainment value is actually a very common trend for mainstream media. Comedy is usually where we find it, but I guess murder shows work as well.

So the next time a women in your life wants to talk to you about the true crime documentary they are listening to, or about the murder documentary that was just released on Netflix, try to remember that this outlet may be a good thing for these women as analyzing these situations it gives them a sense of control in their life. Just don’t let them go too far down the rabbit hole…

“And as soon as I’m done I listen to a podcast about the same guy as the show I just watched because now I’m fully down the rabbit hole.”

The NFL has been amid controversy over the past year or so because players have been taking a knee during the national anthem. The image above is one among many to spark debate over the fans of the NFL. Even the President of the United States had a few words about this, “Get that son of a bitch off the field right now. Out. He’s fired. He’s fired!” He was referring to Colin Kaepernick, the former NFL quarterback of the San Francisco 49ers.

Kaepernick’s first protest was done in a preseason game during the 2016 and wasn’t brought to attention until a few weeks later. He was questioned by the media and his response was, “I am not going to stand up to show pride in a flag for a country that oppresses Black people and people of color.” There were many people outrage by the behavior and threatened to boycott the NFL if the behavior did not cease.

It wasn’t until a year later in 2017 that the protests had gained more traction. Initially, other players around the league did not take action for fear of backlash. However, as time passed players were speaking up against the rising rates of police brutality around the United States. One of the most significant moments that sparked the protest happened in Minnesota. It was the death of Philando Castille by an officer in Falcon Heights, a suburb of Saint Paul.

Whether or not you agree with the protests, it’s important to understand why football players are trying to use their platform, here are two links:

Nowadays everything is on the internet. News, music, along with the music videos, movies, television shows, and so much more.

END_OF_DOCUMENT_TOKEN_TO_BE_REPLACED

Remember that video that resurfaced on your feed over and over? And that thing that people tweeted about all day long? Or how about the “hey, have you seen on Facebook…”

I recently came across a video on Facebook that went viral for a quick time. It was a 5 min clip of a police officer taking money from a Hispanic man by the surname of Matia for selling hotdogs on the street without a license. And if the rumors are true, the officer took about sixty dollars from the vendor. In turn, that generated Matia over fifty thousand dollars through a Gofundme campaign.

In December 2010, there was another man name Mohamed Bouazizi from Tunisia who got his produce confiscated and harassed because he did not have a vendor’s permit. He appeared before the courthouse for justice and nothing was done. Therefore, he lit himself up in flames and his actions triggered the Tunisian Revolution, also known as the Jasmine Revolution. 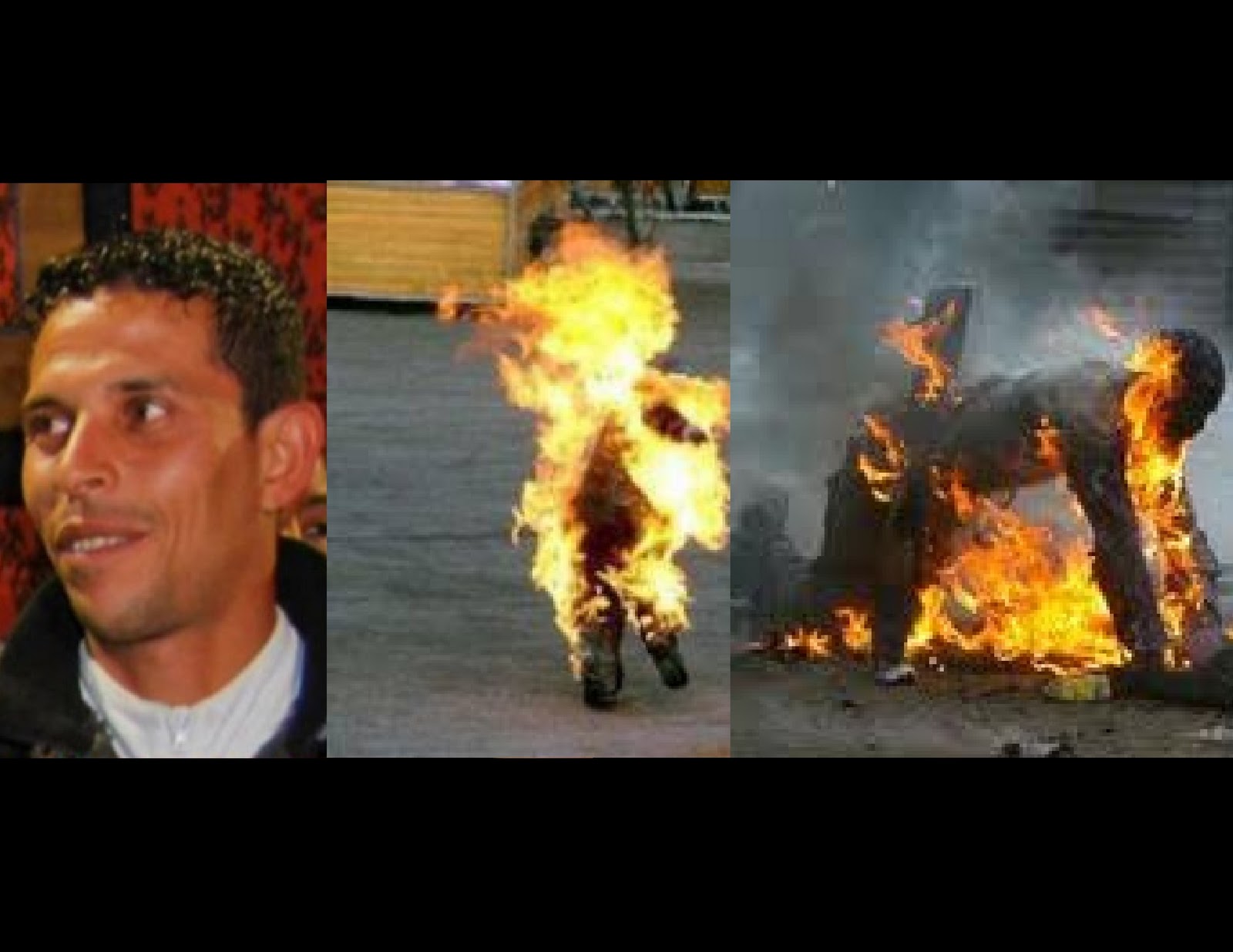 What do these two situations have in common? Social media.

Both of these scenes were caught on camera and shared on social media— triggering all kinds of emotions and supports.

The video clip of the Tunisian in flames was shared on Facebook and went viral leading to protests and demonstrations. Bouazizi’s illustration brought the people in his country together and ended their president Zine El Abidine Ben Ali’s 23 years of power and dictatorship. The Tunisian Revolution continues to be a leading example and inspiration for other movements in Egypt, Libya and Yemen.

The 5 min clip of Matia’s encounter was also shared on Facebook repeatedly. Many people were outraged by his misfortune and raised thousands of dollars to show support. We can see and assume that with the new developments of social media and other networks such as Gofundme campaigns— he did not have to go to an extent for results.

Nevertheless, the moral of these two stories is to show how influential social media can be.

Social media and the internet are so powerful because it provides online community space for people to come together. They are able to support and become a part of the community anonymously. Users also have the capability to connect and share from one platform to another leading to faster actions and results. Something can happen in one area, and the whole world would know in seconds by a few clicks of a mouse. In fact, news travel so fast on social media that most things can be classified as real time.

While social media can make great things happen, “not so great” things can happen as well. So be mindful of what you share, because it may be the next big thing!

As some of you may know, Oreo is currently running a mass media contest looking for the next great cookie idea. If you haven’t heard of it, please direct your attention to this link.

Oreo has advertised this contest on every social media outlet, including on the news. So far they have gotten hundreds of thousands of comments filled with the most outrageous (and sometimes brilliant) ideas meaning their marketing strategy has worked. Now I am all about delicious cookies and getting a chance at half a million dollars but suddenly something scary happened.

I have had a Twitter since it can out but I have never posted a thing in the multiple years I’ve had it. When this contest came out, I decided to add to the lottery of Oreo ideas but posting my first ever tweet…well actually three. (Cause hey the more ideas the better the change right??) Within an hour after my first Twitter post, I went on Instagram and guess what popped up. A sponsored advertising for the Oreo Creation Contest.

Now sure could it have been a coincidence? One could argue it was but then I started seeing it constantly. What are the odds this contest would just happen to show up for the first time after I post about it? I would say the odds are pretty damn good. Why you ask? Because of big data, which you can read about here.

I know that my post was public but the fact that my never before used Twitter was then connected to my Instagram in a matter of an hour is scary to me. I showed one interest on Twitter and suddenly I am being directly marketed. In other words, the seemingly fun contest has given Oreo more insight to who they should be marketing towards.