This scholarly journal keys in on the increasing popularity of CBD products. Through algorithms set for identifying certain words, this passage explains the analysis taking place surrounding the conversation concerning attitudes towards cannabinoid (CBD) and its purpose. Terms including anxiety, stress or nausea were identified as indicators for therapeutic necessities. This could help with uncovering what language companies who sell these types of products would use in their advertisements going forward. It may also provide insight into a drug policy that needs revision for places that do not allow it due to the products legality based on those first hand accounts documented from forums. This includes Cannabinol/CBD, hemp oil and Cannabis. There are pieces of qualitative data from these findings which is what some new age advertising services utilize. Not only does this tie into the cannabis sector of public relations in new media through explanation of a methodology professionals can use on social media platforms, this academic journal is relevant to us as citizens. When using social media, we often find advertisements geared towards something we’ve recently posted, viewed or talked about. The algorithm, similar to a control F function in a word document, gives an example of how our data is utilized in studies. Once we, as users of these platforms, think outside the box and consider other ways our words are used, we can conduct other research as to how social media and advertisements have played hand-in-hand.

Does this remind us of anyone who whistle blew about this in the past?

This news article was originally written in the beginning of 2018 and revised in October of 2020. This article includes a video experiment of a couple conversing about cat food to see if ads would begin to appear in relation to their conversation. They concluded that facebook had been listening for keywords in their conversations due to the fact that cat food advertisements begun appearing days later. These readings seem distant on the surface, but with a little critical analysis in the mindset of media communication, people can bridge the gap between an obvious new age of targeting methods and terminology. Both articles involve keywords instead of age groups. All users of either the forum or social media who used certain words were taken into account. Each of these had different ways and different purposes, but they could relate to the ways companies use new media to gather and target data on potential consumers.

Take a look below and try it out for yourself !

Narcity Media, October 2020, Why You Keep Getting Ads For Things You’ve Talked About But Haven’t Searched Up Online https://www.google.com/amp/s/www.narcity.com/amp/why-you-keep-getting-ads-for-things-youve-talked-about-but-havent-searched-up-online

Hello! My name is Fatima. Just adding my test post.

You live with a loved one (family member(s), spouse, friend, etc.). You open the doors and go inside the house… There is “blood” everywhere, the house is a mess. Everything is everywhere. Every cabinet looks like it was trashed into. The place is just a complete mess.

You don’t know what’s going on. You’re freaking out but also trying to keep calm in case there’s an intruder in the house, so you’re scouting around the place–looking for your person, let’s say your partner. Calling and calling for their name and no one’s responding, but there are blood prints all over the place and really, you’re just thinking for the worst right now.

You go in your master bedroom’s bathroom. There.

Your partner in the bathtub. but that wasn’t it. It is a pool of blood. You run up to your partner checking to see if they’re alive, but there’s no response and you’re absolutely terrified and devastated. Your heart is broken, you are angry, you are absolutely mad, you feel defeated, you want to find out what the h**l happened!

All the while, only to find it was a prank. Your partner starts laughing as you’re tugging onto their cold-watered-body. You’re confused as to how they’re alive?

In this video (below) by a Youtuber family, “The Prince Family”, that is exactly what the wife pranked to her husband. It’s a 22-minute video entailing what was just told earlier in the blog.

To prank someone is to pull a trick on someone. However, I think in this prank, the woman took it too far. Death, home invasion, murders, killing shouldn’t be joked around in this way. The Youtuber family probably creates entertainment videos for a living, but the content should be more considerate to those whose experienced that kind of tragedy and way more appropriate.

“It’s all fun and games until somebody gets hurt.”

Some pranks actually lead to the deaths of these jokesters. The victim’s response may be different from what the pranksters may have expected, and either the prankster or the victim dies as a result. It is absolutely shameful and childish to make jokes out of deaths. There are people dying everyday and those people also have people who loves and cares for them. What makes it OK to be making jokes of people being murdered? or kidnapped? or injured? Nothing makes it OK at all!

In that Youtube prank, Bianca (the wife) started the prank by calling her husband and pretending as if she was held hostage. If the husband didn’t rush his friend and father to stop by the house, he would’ve called the cops to do a welfare check. Now, if the husband did call the cops, it would have been a complete waste of service because nothing even happened!

Youtubers in this particular aspect should continue to make entertaining videos for their viewers, but they should be more appropriate. I am sure with their creative minds, they would be able to create such better content.

I would like to share with you an unfolding of events that begins awfully, gets kinda gross in the middle, and ends up sorta good but not great. Confused? Good, let’s begin! 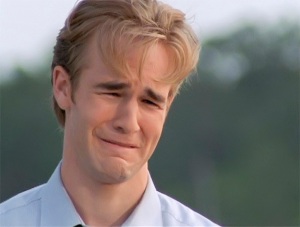 In 2013, Gurbaksh Chahal, CEO and Chairman of RadiumOne, was charged with 45 felonies for beating his girlfriend 117 times during an altercation. According to law enforcement the girlfriend stated that, after finding out she cheated on him, Chahal attacked her, stated several times he was going to kill her, and she feared for her life. Law enforcement also claims to have recovered a surveillance video that showed 30 minutes of the assault.

In a perfect world, this would make for a slam-dunk case that puts a mega-jerk-lady-hitting-pig behind bars. Victim testimony and video of the crime seems like plenty of evidence to ease the mind of the prosecutor.

Sadly, we do not live in a perfect world. No, no we don’t.

First, the video was thrown out as evidence.

Then, the girlfriend decided to go ahead and not cooperate with the police anymore nor testify against Chahal. This happened after both parties lawyered-up (I smell a pay-off, anyone else?).

So, most of the charges were dropped and Chahal ended up pleading guilty to two misdemeanors: one count of domestic violent battery and one count of battery. His punishment? Three years probation, 25 hours of community service, a $500 fine and he must attend a 52-week domestic violence training program (doesn’t that sound like he’s going to be taught how to get better at beating women? ValleyWag should reword that sentence).

Chahal avoided jail, and I think he’s damn lucky. And when this came out, it seemed like his previously charmed life would stay relatively charming. 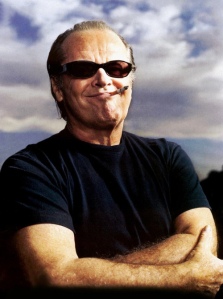 The good, I guess.

Well, things started to get worse for Chahal. People were pretty ticked off about this whole thing and social media sites were blowing up with comments about how unjust it was that he didn’t get jail time.

And then he lost his job. There is some speculation as to whether Chahal knew about his pink slip when he published this blog post in which still refers to himself as the CEO. In the post, he also denies he hit his (hopefully now ex?!) girlfriend 117 times. Which seems reasonable – it’s not that he didn’t hit her, he just wants to point out it’s not that bad since it wasn’t that many times. Oh, ok! I’m sure we can all sympathize and forgive you for only mildly abusing her, no big deal.

Chahal also denies in his post that the video proves he committed such a heinous, drawn-out attack on the girlfriend. He claims that the video will only prove that the police abused him when they stormed his place, even though he was being cooperative. Not everyone is convinced. But Chahal isn’t faded, he knows we just “can’t handle the truth.”

It seems like if Chahal is telling the truth and the video’s content has been exaggerated, he should just release the video. Then we can all agree he’s not such a bad guy! For some reason, though, Chahal hasn’t done that yet. I have a feeling this isn’t the only offer being made to see that video. 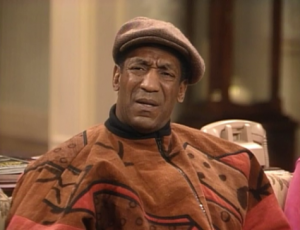 So…is this a happy ending, or…?

I doubt the public will get the chance to see the video, as I’m sure it’s been destroyed. Yes, I’m just a cynical old crank like that. Without proof, it’s going to be tough to determine if Chahal really lucked out on this one (or just how much freedom money can buy), or if the contents of the video were in fact blown out of proportion.

I do know one thing about Chahal: his post reveals that he believes there are justifications for domestic abuse e.g.,  your girlfriend having sex for money in Las Vegas. However rude of her that might have been, I’m sorry dude, but nope. Wrong. Does not computer. We may never know exactly what happened that night with his girlfriend, but it’s pretty obvious this guy is a clueless a-hole when it comes to violence against women.

A footnote: full disclosure, I’m going to think this guy put the beat down on his girlfriend until he releases that video and shows us otherwise. He brought it up, basically said it proves his innocence, but it hasn’t been released. So yes, I’m coming from a very biased viewpoint.)